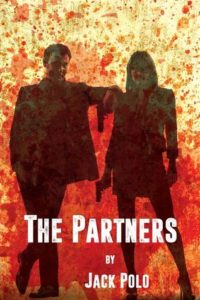 Two detectives, Cole Trane and Mollie Simmons are hunting down a cruel killer associated with the Russian mafia, operating thousands of miles outside Moscow. It brings them to various places in the U.S., eventually crossing borders into Canada. The single killer happens to be a band of thugs, willing and able to use their weaponry. Jack Polo, in The Partners, is keen to include all kinds of details about the guns, the body parts that are hit, and the bloody mess that’s left afterward.

Cars are stolen, private Gulfstream jets used, and innocent civilians killed on their way to set up a pitfall for Cole and Mollie or the Russians, depending on your point of view. Dutch immigrants, lots of slang, and humor are injected into the storyline that is brought in short chapters to keep you read on. Multiple Canadian police forces lose their lives, partners Cole and Mollie tricked and separated. The page-turner ends up with a grande finale for partners in crime.

About the author
Jack Polo is an award-winning screenwriter whose fiction reads like a verbal camera — taking you into the hearts and minds of the people in his book. From star-crossed lovers Cole and Mollie, to Nikolai Voronov, the Machiavellian Russian oligarch who wants no survivors, to the dark evil of Igor Petrak, the psychotic assassin. The result is a page-turner of the first order. This is a can’t-put-down thriller.

I received a free review copy from publisher Black Rose Writing via Librarything in exchange for my personal, unbiased review upon reading.