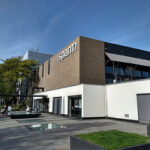 For the seventh time, the PMI Netherlands Chapter is hosting its yearly summit. The 2018 edition is all about the human factor in project management. In this second blog I summarize yesterday’s afternoon program. For the morning program summary, read my previous blog.

Jan Willem Vernhout (CoThink) drew lessons from Deepak Chopra’s self-help booklet The Seven Spiritual Laws of Success: A Practical Guide to the Fulfillment of Your Dreams. Last weekend he was in the audience of the Dalai Lama, the spiritual leader of the Tibetan Buddhists who visited the Netherlands to enlighten the seeking souls, as Volkskrant summarized the event.

As humans we jump to conclusions. Our brains (system 1, Daniel Kahnemann labeled that part) are wired to take shortcuts. Closed questions to seek confirmation for our assumptions and beliefs belong in that section. Sometimes it’s better to first observe, listen in silence. Trust is key among stakeholders, team work, and communications. Trust as (credibility + reliability + intimacy) / self-orientation teaches that less self-orientation has a huge leverage on the trust level in a group. It’s not about you, it’s about the other.

Looking at the practical insights for the complexity of the human factor #PMISUMNL @JWVernhout pic.twitter.com/WrYh1nHzvf

Less well-thought was the presented mixture of project management stakes and Scrum-like roles. The many Scrum masters in the audience, quite surprising at a project management conference, took it for granted to be labeled as process facilitators and equaled to former project management professionals. Quoting from Ben Tiggelaar, “Behavior is what you can role-model” Jan Willem left us with a thought to chew on. Behavior is the output of processing factors like environment, tools, support, role-models, expectations, a rather strange, unbalanced mix) with feelings as consequence. I’m not sure whether behavioral sciences exactly teach it that way and can back it up with research. Build trust with dialogues sounds more convincing. A quick tour in the compartmentalized ‘Whole Brain Thinking’ concept coined by William Herrman (1922-1999) without any critics, although this model and the questionnaire is far from obvious and scientifically proven (read e.g. the Dutch Skepsis article) gave me the impression of yet another tool to put people in boxes, label them with colors and jump to conclusions. A circle made round….unsuccessfully. Fortunately, there’s coffee!

Gertjan Schuiling (Vrije Universiteit Amsterdam) shares the intermediate results of the action research project taken up with RoyalHaskoningDHV. The working assumption is that project management practitioners can better have a co-researcher role in people related challenges, the so-called ‘insider researcher approach’. A list of 169 people related challenges in the projects these practitioners are managing for RoyalHaskoningDHV was collected.

From six theoretical concepts, two resonated the best with the group of researchers. First, Humble Inquiry: The Gentle Art of Asking Instead of Telling by Edgar Schein. The professor explains the concepts in this video.

Secondly, the felt difficulty to intervene (‘handelingsverlegenheid‘) as investigated by Lia Mulder et al in social sciences. Important is the difference between research and inquiry. Psychologist John Dewey is one to consider here. Inquiry-based learning sessions where practitioners interview peers that bring in a story and slowly add their own experience lead to moments of truths, a memorable moment where the practitioner feels difficulty to intervene. Overcoming these barriers, get better results through enhanced competencies of project managers, improving models of dealing with people-related challenges and hopefully an improved action theory worthy a Ph.D. thesis comes out of this work in progress.

Gertjan Schuiling expects something in between the one size fits all approach, as ING CEO Ralph Hamers produced for his sales staff in the past and 169 approaches for each of the collected people-related challenges. To some in the audience, the inquiry-based approach sounds like the intervision technique, but this is actually more than that.

Dion Kotteman – Nothing as hard as soft controls

Grandios gescheitert: Misslungene Projekte der Menschheitsgeschichte by Bernd Ingmar Gutberlet may be on your to-read shelf soon, way more original than the ever disputable CHAOS reports of the Standish Group that appear in Kotteman’s presentation too. And yes, critical questions from the audience on the parameters used, the everlasting 30% success rate (a natural boundary?), the changing environment between the 1990s and 2010s, and the flawed comparison between ‘waterfall’ and ‘agile’ projects, that at least have to be corrected for project size. One attendant showed the conclusions in the Project Management Magazine that agile projects are even 30 percent more expensive than traditional projects. Lies, damned lies, and statistics.

Underneath the lists in the CHAOS report or the PRINCE2 manual on reasons why project fail, mostly hard controls, it could well be the case that soft controls are lacking or weakly implemented. But there’s Humberto Eco’s On Ugliness. Project failures are intriguing, interesting. Politically correct: we can learn from our mistakes. There wouldn’t be seminars and congresses on project management if indeed all projects would be examples of beauty, successful according to every subjective definition you have.

Another point Kotteman wanted to make is the human desire for sabotage and manipulation, since only 1% is honest and 1% is corrupt. Thus 98% of all people decide based on the situation. Their moral standards or ethics can be bent. Face reality as a project manager. If your project is running into problems, then turn to the pit stop. Actually stopping a project is not a failure. Incorporate soft controls and measure these in addition to the rest of the project management toolkit sounds easy, but will be a tough job tomorrow. Good luck, fellow project managers!

I didn’t attend the final keynote by Bill Richardson and wrap-up by Thomas Swaak due to my personal agenda.