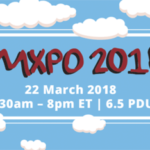 My Project Management Institute (PMI) membership made it possible to join the 11th edition of the annual PMXPO virtual conference for free. An exciting line-up of speakers on various project management topics in disruptive times. Although the online conference sessions were held in a sequence on Thursday 20 March, sessions that couldn’t be attended then, are available for on-demand watching in the next two months. Today part 1.

Lessons in Innovation from the The Simpsons, the most successful show in TV history

Joel Cohen (Emmy-Winning Writer and Producer of The Simpsons) graduated as a biologist from the University of Alberta (B.Sc.) and York University (M.B.A.). The series had more than 630 episodes since its debut on December 17, 1989, although the dysfunctional family already was featured in bumpers since 1987. Cohen spent half an hour explaining the characters, guest appearances, and the international reception.

What made The Simpsons so successful? The environment that created it. Setup and punchline just as in a joke. Relatability. Have a safe environment to let even bad ideas be aired and pitched. Ideas need momentum and a continuum of other’s ideas. Don’t expect efficiency, welcome waste. Diversity in the team really helps. 10% inspiration and 90% perspiration. Look to a problem from a totally different angle. Someone has to filter and select from the ideas. Use a focus group and get their feedback. And the ideal team size? Seven plus or minus two, just as Agile frameworks recommend too.

"Creativity isn't efficient and if you're trying to make it efficient, you're doing it wrong" – Joel Cohen #PMXPO2018

"These are Harvard alums, sitting in a room, counting the mouth flaps of an american oaf. (Homer Simpson.) #SimpsonsInnovation #PMxpo2018

You guys, there are over 20k of us watching Joel Cohen RIGHT NOW. Group hug! #PMXPO2018 pic.twitter.com/1gVYzIvp1T

Never thought my workday would include discussions of #innovation by watching 6min of @TheSimpsons #pmxpo2018 pic.twitter.com/di14ttgl7Y

Five people is a good group size for brainstorming to allow for lots of thoughts, but no one can slip away from the conversation. #pmxpo2018 #SimpsonsWisdom pic.twitter.com/Ao598iebYj

One thing I've noticed with this first presentation was that a lot of project managers don't have a sense of humor. No humor probably means no creativity. #PMXPO2018

How can a project manager leverage innovation?

This CA Technologies-sponsored session was titled The Modern PMO, but turned out to be something totally different. The 15-minutes talk took the innovation challenge as a starting point. The word innovation is often misunderstood in a business context. Innovation is not the same thing as ideation, invention or a corporate process. As project manager can leverage our unique position as execution leaders. Show through metrics what improvements or added value were delivered. Is the world a better place after your project’s completion?

Imagining the Future of PMOs

Mark Mullaly started off with the history and drivers for a project management office. Standardization, a source of documentation, guidance, and metrics on the practice of project management and execution according to Wikipedia. The PMBoK doesn’t say that much about PMO. Three predominant modes are supportive, controlling and directive, says the book.

The complex projects executed since the 1950s asked for support, tools, best practices, assuming that these should be applicable and relevant elsewhere. Since the 1990s PMOs were created and documented. The focus on individual projects, reporting and monitoring project status, advocating organizational practices and management of overall projects drifted away from the intended added value. The average age of PMO is two years. A PMO is perceived as a temporary solution, an intervention. That raises questions regarding viability.

Wow. The average lifespan of a PMO is about 2 years. So, it can be a fluid office and shows how complex and variable projects are. #PMXPO2018

The PMO’s contribution must be clear. Examples could be scenario planning. Gaining acceptance is critical. What is implemented needs to be relevant and appreciated.  Only then there will be a future for PMOs.

The PMO can survive if it alongside the project manager focuses on: