Inspired by the biblical character of Esther who saved the Jews from Haman‘s plot to destroy all of them, The Book of Esther, has a great story of a 20th century, Esther. The Khazar kaganate between the Black Sea and the Caspian Sea consists of mainly Jews, religious and non-religious, with Turkic and Uyghur roots. Emily Barton did a great job to bring this World War II story (1942) come alive with an abundance of Yiddish, Turkic and Uyghur expressions, Jewish rituals and kabbalistic practices.

Are we at the dawn of the German Third Reich spreading into Eastern Europe to conquer Russia? Can Khazaria withstand the siege? Esther, the daughter of the nation’s chief policy adviser Josephus, is sent out to find reinforcements at a secret kabbalist community somewhere out in the steppes. As a Jewish girl, it’s not allowed to fight. Can she convince the kabbalists to turn her into a male? Are Jews meant to save lives or to kill? Yentl meets Joan of Arc, history mixed with famous Jewish storytellers like the late Chaim Potok.

Although we know how World War II resulted in the Shoah, Barton digs into the provoking questions like gender equality, defense or attack, reliance on God’s help, obeying His commandments, and playing God creating golemim from clay, applying kabbalistic practices to compensate for a relatively small army of volunteers to defend Khazaria. A love story and epos on top of to finish this wonderful piece of literature which keeps you glued to the pages for hours. 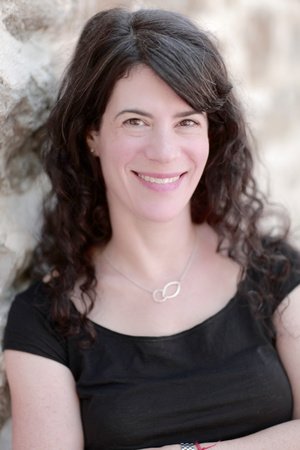 Emily Barton is the author Brookland and The Testament of Yves Gundron, which were both selected as New York Times Notable Books of the Year. She has received grants from the Guggenheim Foundation, the National Endowment for the Arts, and the Sustainable Arts Foundation. Her essays, short stories, and reviews have appeared in Story, Conjunctions, The Massachusetts Review, Tablet, The Los Angeles Times, and The New York Times Book Review, among many other publications. She lives in the Hudson Valley with her husband and sons.

I received a free review copy from publisher Random House through Blogging for Books.