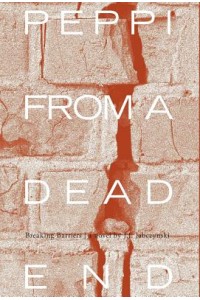 In Peppi from a Dead End – Breaking Barriers a boy that grew up in a Polish orphanage in the World War II. His perspective of the Wasagasse in Vienna, whereabouts in Hungary, Poland, Ukraine, Austria, and Soviet-Union, the way his dictatorial foster mother Maria is treating him, moving from metal turner, tennis player to world traveller. His escape from Eastern Europe to the USA while coming of age is also ground for many contemplations about the differences and unease to integrate.

The story’s entirely written in first person without real conversations. There’s so much to tell, that I as a reader I was wondering quite a few times what the real storyline was and where it would lead me to. I couldn’t find more than reflecting of a youth. No American dream come true, no return to innocence, found love or homecoming. I had the idea some time lapses didn’t match well, the boy’s age and year in the 20th Century didn’t always align. Ah, and the electronica brand Philips, mistyped as Phillips a couple of times, may indicate the need for additional editing and proofreading.

J.J. Jabczynski heralds from the American West Coast but enjoyed travelling broadly, including visits to Vienna, Poland, Jersey Island, Japan, Nigeria, Masai Mara, Lahore, and recently California. He is a self-proclaimed adventurer who chose to battle the winding roads and dead-ends of uncertainties. Currently, he channels his excess energy into wrangling with his two sons and writing stories. He lives with his wife and two sons in Califorinia.