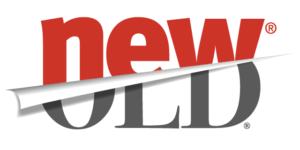 Lots of well-known insurance companies, especially in European countries have roots back in the 17th Century. Mutual owned entirely by its policyholders, with solidarity among professionals or home owners as drive. Losses due to fire in the packed cities would be too high to pay on your own. Risk and profits are shared. The larger the group of policyholders, the smaller the piece of risk burden. Any profits earned by a mutual insurance company were returned to policyholders as dividend payments or reduced future premiums. Achmea‘s roots are traced back to the Frysian village Achlum, Nationale-Nederlanden has a rich history in 19th Century North-Holland, where local mutual funds, forests (really!) and cash deposits were established to cover the losses of guilds, farmers, or widows. Funeral insurance, health insurance and fire insurance still have these strong local base.
Mergers and acquisitions, then modern strategic thinking on branding and market positioning were often combined with a public offering of parts of the insurance company, thereby explicitly changing to a stock insurance company. Severe market conditions in the competitive general insurance, the lack of newly issued life insurance policies, and the consequences of greedy staff, took their financial toll. What would you do when you’re in need? Turn to family and friends, I would expect. Current practices however are different. Rebranding is the beaten path.
Achmea, once only a kind of umbrella for all its subsidiaries, strong local brand names (FBTO, Groene Land Verzekeringen, Centraal Beheer, Avéro), will ultimately label every policy with Achmea only. SNS Reaal, nationalized after a huge investment management disaster, just renamed its various business units. The insurance companies with strong brands like Zwitserleven, Reaal, and Route Mobiel have a new ‘surname’ as of July 1, 2014: Vivat Verzekeringen. Io Vivat! (Hurray, may you live long) That made me think of strange associations in the context of insurance. As life insurer longevity is a risk. Io Vivat! is an international student song, but hey, students drink, smoke and do other risky things….before and after studying.
Don’t change a company name unless you have a very compelling reason. ING U.S. went public and was disentangled from Dutch ING Groep. The financial institution was rebranded to Voya Financial. ING Insurance in many other countries are positioned on their own as NN, associating with the roots of their holding, Nationale-Nederlanden. Archway shared a success story on rebranding, focusing on initial internal support and a clear case for repositioning. 2011’s rebranding of Chigago based Unitrin (sounds like a prescription drug) to Kemper (Dutch ancestors again?) was based on research among prospective customers. “It seemed as if the lack of familiarity with the brand was a neutral. No one knew what it stood for.”
In a highly volatile market like the insurance industry it’s important to retain your customers. Hopefully you have a powerful core of faithful customers. Keep them as friends, in the end they pay your salaries. Trust, built up in a long relationship, may vanish in seconds. In general consumers have a low emotional connection to insurance brands. So, if there’s goodwill and company pride, protect it. Authenticity and the sense of belonging, which may both a global brand as well as a local niche player, may keep you from a next rebranding round.