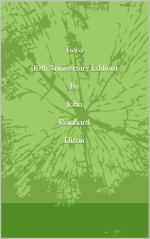 Tiara is loosely based on the 1998 Good Friday Agreement. This story on Northern Ireland in its 10th anniversary edition brings everyone on stage that has a criminal record or is on the most-wanted list of international terrrorists hunters. Action-packed, historical fiction, and romantic thriller has Jennifer, Princess of Edinburgh as primary female protagonist, a civil rights activist involved in the negotiations between the British government and the coalition groups in Ulster. Berlin Mansfield, an international terrorist of Irish descent who is gets his eyes and more on her. The book contains violence and cruelties, kidnapping and rescue operations. The shadowy side of humans are made explicit. Murders, AK-47s, rocket grenades in recent European conflicts: the genocidal war in the Balkans in the 90’s and the decades-long murderous struggle in Northern Ireland.

John Reinhard Dizon was born and raised in the Cobble Hill section of Brooklyn, NY. He participated in local and high school sports at Bishop Loughlin MHS, excelling in wrestling, hockey and football. He was a key figure on the Brooklyn rock scene during the Punk Revolution of the 70’s. Relocating to San Antonio TX in the 80’s, he wrestled professionally before successfully pursued a BA at UTSA and degrees in Korean martial arts during the 90’s. He currently lives in KC MO where he is studying for his MA in English at UMKC. Mr. Dizon has been writing suspense and thriller works for over twenty-five years.