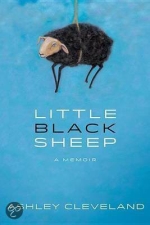 “This is the story of the groundwork that paved the way to my faith. It is not an easy story to tell….” Little Black Sheep – a memoir from Grammy Award winner Ashley Cleveland reminds us that even in the lowest times of our lives, beauty can shine through. Since I treasured Ashley Cleveland’s music ever since her debut album Big Town (1991), I was curious to read her own memoir. Ashley was encouraged to write a book because she’s a story to tell. I totally agree. Outcast for both CCM industry in the 90’s (lyrics broke the unspoken but distinct rules on lyrics) as well as Atlantic Records because of a couple of songs hinting on Christian themes. Eventually she got a couple of Grammy Awards. The raw music had an even more raw personal side. Raised in a family, where dad flirts with homosexuality and alcohol, Ashley felt out of place. Too big hands, unattractive to boys, gaining weights where she shouldn’t and lots and lots of alcohol and stimulants of every kind. Losing her virginity and getting pregnant before she even considers the consequences.

The AA didn’t help at first, her mother’s pushing to attend church and find God didn’t help. Friends weren’t around. Developing her musical talents, from covering other artists to writing her own songs in the early 90’s leading to Big Town, there was always the relapse, and new challenges. Kenny Greenberg, the guitar player she had admired for years, eventually became her husband. A Jewish background and a similar past of alcohol addiction, raising children, writing and touring, and the ever swinging pendulum of overcoming and giving in to addictions. To become “joyful and triumphant” took many years. Little by little, Ashley discovered that God wanted to use her brokenness. Little Black Sheep isn’t an instant conversion story, but an authentic account of a battle for souls. You can only be thankful for the wonders that happened, be cautious of the difference between the artist and the man or woman off-scene, as well of your own authenticity.