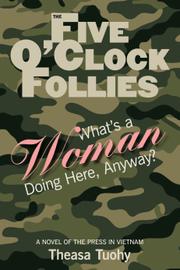 Angela Martinelli, a freelance writer and absolute rookie when it comes to the role of war correspondent, arrives in Saigon in 1968 to make pictures and write reports on the Viet Nam War. As a woman in a men’s world, her high-heeled shoes and gorgeous red hair immediately attracts and distracts her male competitors. Skepticism and disdain among her colleagues, but amazement too when she succeeds in capturing unheard and unusual details and doesn’t accept the fate of the average correspondents. The daily press conference at 5PM from the Americans shares the official statements (body counts with the enemie, casualties, progression, of course winning the war; nothing new here if you compare the statements with the war in Iraq and Afghanistan for example). The results are called the Five O’Clock Follies, because the facts are turned around 180 degrees.

The story in The Five O’Clock Follies slows down to reflect the dull moments in a reporter’s life: waiting for permission to embed a combat unit, gossip, drinking Scotch, smoking and women. Then it speeds up again, when Angela gains credits in the middle of a covert operation in Cambodia and survives a 10-days capture by the Viet Cong. Then it slows down again, Angela finds herself in the middle of men like Nick, Curtis, and Ford. The she has another adventure, sleeps in a bunker during a siege in order to know the truth about chopper failures. The war itself is at a distance in this novel, as are the events in homeland America. The luxury in former French restaurants and hotels contrast with napalm, bunkers, units under fire, chaos in the camps and uncertainty who’s the real enemy, when friendly fire isn’t an exception. And there’s music every time: My Funny Valentine (1937) by Richard Rogers / Lorenz Hart and Little Boxes by Malvina Reynolds (1962) stand out.

Tuohy describes some important moments of the war: the Tet offensive and the siege of Khe Sanh. No restrictions are made on swearing, describing horrible injuries or finding romance in the midst of war. Unfortunately the final part of the book, where Angela is hurt and hospitalized is at a slow pace again. As a reader you’re waiting for a proper end. Apart from these weak points, novel gives a detailed portrait of a woman among newsmen in wartime. For reading groups or personal reflection 10 discussion questions on the story and (Viet Nam) war time are included.

About the author
Theasa Tuohy has worked for five daily newspapers and the Associated Press. She is co-book author of Scandalous: The Musical, an award winning show about the life of DH Lawrence, and has written a memoir about renovating her home in France. She is currently working on a mystery set in Paris. She lives in Manhattan.

I received a complimentary copy from the publisher Calliope Press through Netgalley in order to write an honest review.